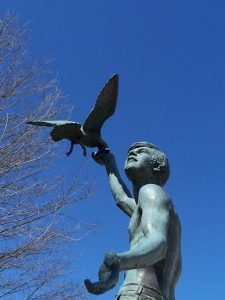 www.mysticseaport.org
Mystic Seaport is working in collaboration with the Connecticut Storytelling Center.
www.connstorycenter.org
They have come together to bring a number of tellers to a two day story stage at the annual event. I am excited to introduce these tales as part of the event. I share the stage with several storytellers, all with sea story repertoires. I believe Uncle George would be delighted that his story is still being told and in a venue like Mystic Seaport that honors the heritage of Connecticut maritime history. Parts of this performance will also be shared June 3 at Mansfield Historical Society opening day Rte 195 Storrs, CT. and at Scotland ( CT.) library July 12 at 6 p.m.Sea Stories and Sea Chanteys. I might even practice a piece at VoiceMail open mic storytelling on Tues ( special day) May 29,  at Mansfield General Store in Mansfield Center.
https://www.facebook.com/update_security_info.php?wizard=1#!/pages/VoiceMail-Open-Mic-for-Storytelling-at-Mansfield-General-Store/197283876991691
Now I just have to tell you the final reason I was drawn to share a bit of Uncle George, and invite you to come hear the rest of the story. It is his name, George Story!
Share this post!

3 Responses to A CT. Maritime Story from Geneology