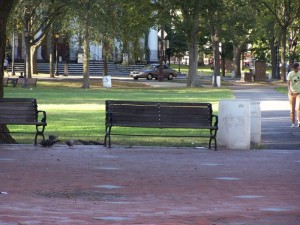 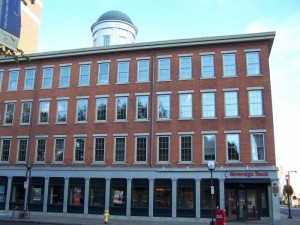 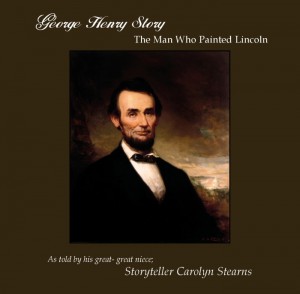 Where do fish stories come from? How do we find the vehicle to tell a story and make it compelling for the listening experience.  I am a performance storyteller for all ages, my current project is for a curriculum guided school based program. Whose voice should the story represent and what message do I need… END_OF_DOCUMENT_TOKEN_TO_BE_REPLACED

The Charles W. Morgan, the last wooden whaling ship of a bygone era went back into the water on July 21,2013. Her maiden launch was on July 21, 1841 at New Bedford, Ma. Through the talents of countless craftsman and steadfast fundraisers the iconic ship was carefully restored and readied for a launch. Towering over… END_OF_DOCUMENT_TOKEN_TO_BE_REPLACED

Digging through the reams of family tree material for a perfect story could be a needle in a haystack, but is more like a diamond in the rough.  From the start I had an idea that Uncle George would have a story to tell. He was eccentric – maybe, artistic – for certain, and lived… END_OF_DOCUMENT_TOKEN_TO_BE_REPLACED

We continue  in nautical mode for at least this post. I have been on a  four week adventure to learn sea chantey music through a class at Mystic Seaport www.mysticseaport.org  It has been so much fun!!! Any day that starts out looking this nice, well you just know it will be a good one!!  Today,… END_OF_DOCUMENT_TOKEN_TO_BE_REPLACED

Sea Chantey Demonstration at Mystic Seaport     I have immersed myself in nautical research for a forth coming nautical epic storytelling. I willingly signed on to Mystic Seaport’s Sea Chantey class. www.mysticseaport.org  Four weeks of singing sea chanteys and learning about the music of the sea and the work it was created to support. It is… END_OF_DOCUMENT_TOKEN_TO_BE_REPLACED

I never have quite enough time between work hours to chase all the stories that tempt me. It may be a photo, a headline or a book that entices me and tells me, read more there is a story here to tell. In chasing a story you become the investigator, looking for clues to… END_OF_DOCUMENT_TOKEN_TO_BE_REPLACED

I tried ignoring the posting for this class.  I went back and looked again. There is definitely something to this music that made me sign up for class for 4 Saturdays in the spring! I have always felt the draw of the sea, that remaining salt water in the veins from  generations of family who… END_OF_DOCUMENT_TOKEN_TO_BE_REPLACED

I don’t want to give what everyone else is giving, but where do we find the unusual gift?In our imaginations!5th place in my list of unusual gifts to give:  A tire and a rope for hours of fun! ( rocker not included; some assembly required!) 4th Place The Wheelbarrow Fill this gift with fertilizer, trowel,… END_OF_DOCUMENT_TOKEN_TO_BE_REPLACED