The Charles W. Morgan, the last wooden whaling ship of a bygone era went back into the water on July 21,2013. Her maiden launch was on July 21, 1841 at New Bedford, Ma. Through the talents of countless craftsman and steadfast fundraisers the iconic ship was carefully restored and readied for a launch. Towering over the shipyard the massive hull waited out the morning rain and watched as the last preparations were made. A huge crowd was expected to come and witness this once in a lifetime event. 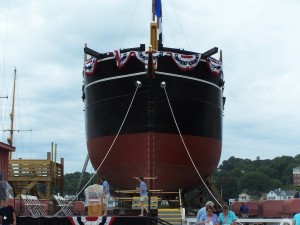 Decked out in patriotic bunting and surrounded by camera crews and seating for dignitaries the Charles W. Morgan stood a final dry watch. The people began to arrive first in a trickle of the early hours, there were others like myself who were there long before Mystic Seaport – The Museum of America and the Sea, opened her gates. There was no way I was going to miss this event! Then the crowds came in droves filling the roads and paths of the museum village and lining the docks in wait for a shuttle ride on the Mystic River. As the noon hour passed the masses began to gravitate toward the DuPont Shipyard or the massive tent on the village green where huge screens were set up for overflow viewing or for those not able to stand to watch. 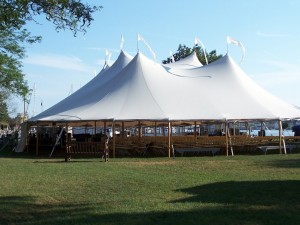 I assumed a spot in the shipyard near the rail to watch the proceedings and began a long wait. The sun came out and beat down on the growing crowd and we waited mostly in quiet speaking in muted voices. Chantey music was coming out over large speakers set for the occasion and  every one was filled with anticipation.
The United States Coast Guard Band from New London, CT. filed in and took their seats. They had come to provide the fitting musical tribute to the event. Their playing of the National Anthem kicked off the  ceremony. 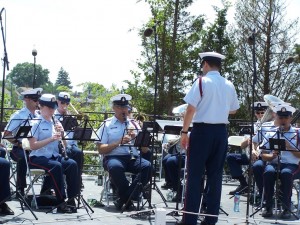 All the while the cool breeze off the river fluttered a bold blue Connecticut state flag flying high on the Morgan. 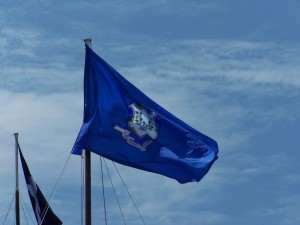 The speakers began, first an invocation from the Minister of the Mystic Congregational Church, I wondered how many ship launches that river had seen through the years? Each launch beginning with a blessing from the local ministry to send the ship on with God Speed.
The speakers were dwarfed by the hull behind them as they each in turn came to the podium. Awe seemed to be the theme of speeches given, awe of this great accomplishment, of the ship’s history and of the hours taken to bring this ship back to sailing status. ( Not there yet, there will be several more months of work to reset the masts and finish  the interior and equip her to modern safety standards for her 38th voyage) There is yet more funding to secure – you can make a donation here: http://www.mysticseaport.org/support/morgan/
The commencement of the launch process via ship deep water elevator see it here in my video from the front line of observers at the launch:
https://www.youtube.com/watch?v=EiXqZk9QLGY&feature=share&list=UUP5iRLayfwSR5loSLCyyIfw
Please visit the Mystic Seaport link to view all the proceedings of the eventful day.
http://www.mysticseaport.org/news/2013/charles-w-morgan-is-launched/
Next spring the final preparations will be done and the sails set. The Charles W. Morgan is going home for a visit to New Bedford, MA. Other ports of call will be at Newport and Boston. The epic journey of the last wooden whaling ship will be a journey of inspiration and education. Now the Charles W. Morgan serves as an instructional vessel to enlighten all to the past and future of America and the Sea. 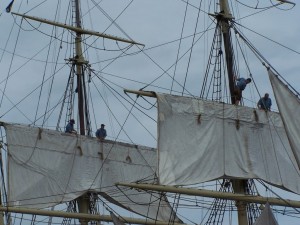 Crew unfurls the sails of the Joseph Conrad on launch day 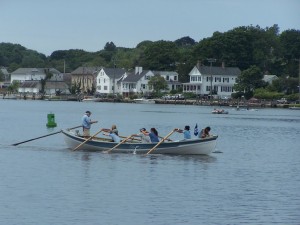 Eleven of these whaling boats are needed for the Charles W. Morgan. Many were built by shipyards and museums around the country in support of the Mystic Seaport Morgan restoration effort. Read more about the building of the Beetle Boat at New Bedford; http://www.whalingmuseum.org/explore/exhibitions/upcoming/beetle-whaleboat-project-2012
the Whaling Boat Regatta info is here:
http://www.whalingmuseum.org/programs/international-whaleboat-regatta 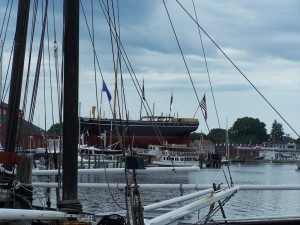 I am a storyteller who loves the sea stories, I honor my seafaring ancestry when I share the old stories and songs of the sea. www.carolynstearnsstoryteller.com My day at Mystic Seaport’s Launch of the Charles W. Morgan was a day where I was the witness to a great ship and a greater community that will see this icon  with her sheets to the wind once more. You know I will be there to witness the epic Voyage 2014, as the
Charles W. Morgan
goes back to sea. Enjoy a few more photos from my day at Mystic Seaport. 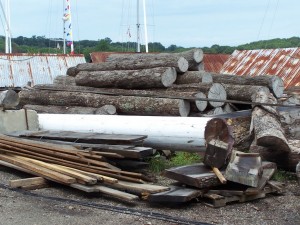 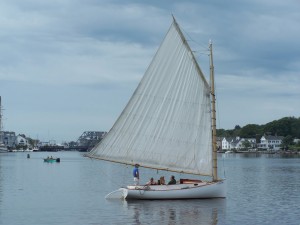 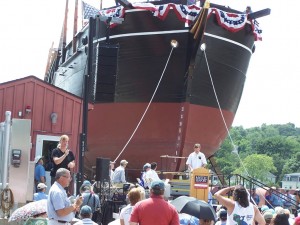 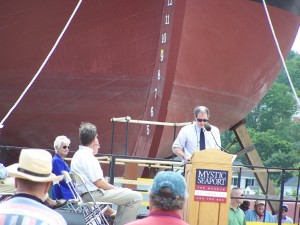 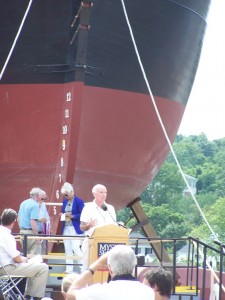 CT. Representative Joe Courtney
In blue jacket in the background is Sarah Bullard descendent of Charles W. Morgan
Ms. Bullard cracked a bottle of blended sea and river waters on the hull to christen the ship 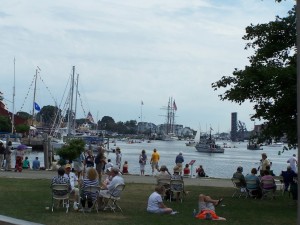 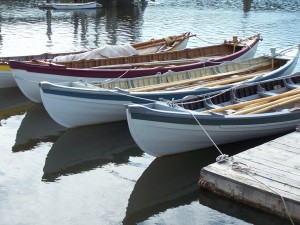 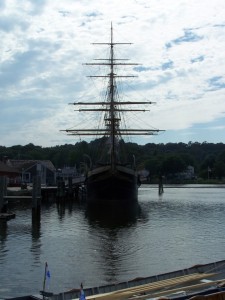 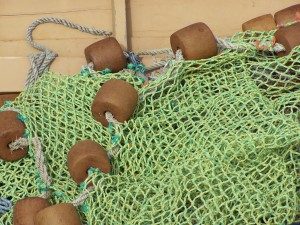 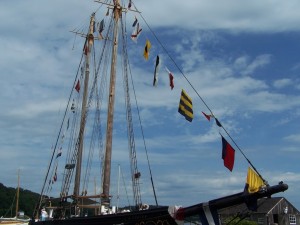 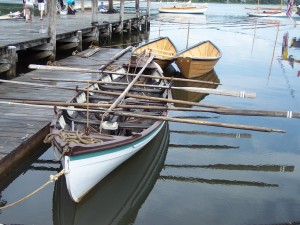 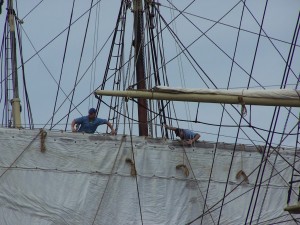 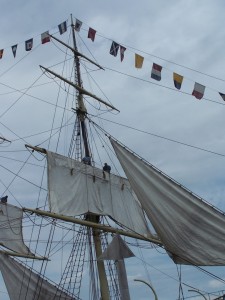 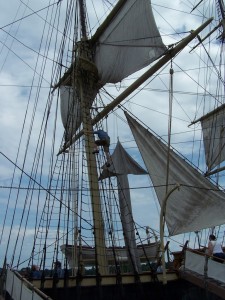 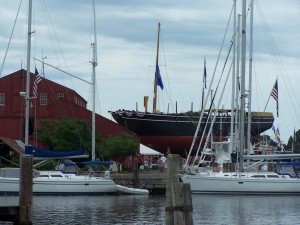 6 Responses to Launch of a Great Ship- The Charles W. Morgan