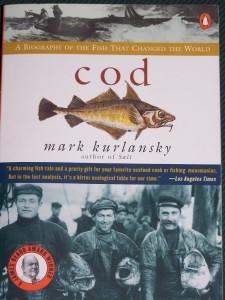 Yes, Cape Cod, all of a sudden the name makes such sense, for her shores were lined with the fisheries, and her cities built on the sales of Cod. So innate to life on the Cape was Cod  that the sea chantey singers  had a tune about it!
https://www.youtube.com/watch?v=NUf56i5EfBkme