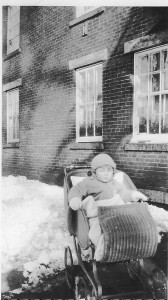 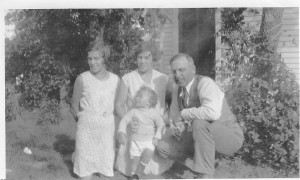 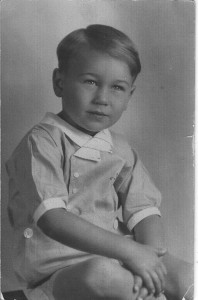 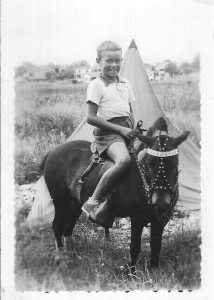 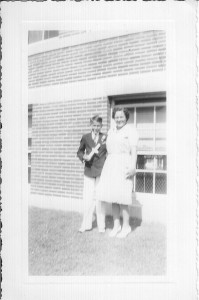 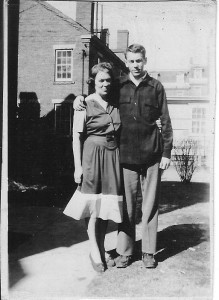 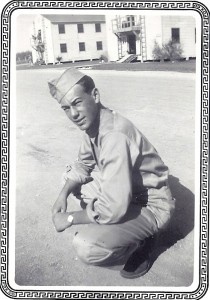 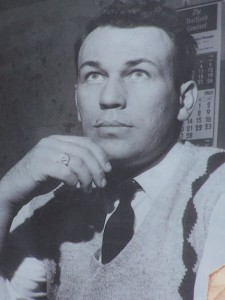 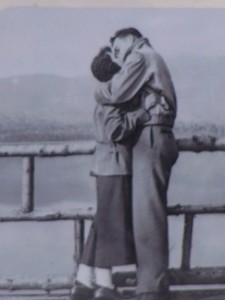 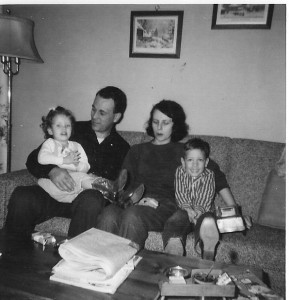 Look at that I’ve got my cowboy boots on!
Dad is gone but the memories are fresh and alive. I have scanned the photos and posted the blog to share them with family and friends so the story doesn’t end there is always another chapter.  On Sept.27, 2011 I will be one of the speakers at Eastern Connecticut University when the Psychology dept. hosts a program on Alzheimer’s Awareness. I want to share  some of my father’s journey with the students and community. We need a cure and better treatments, we need understanding, we need to save the memories now!  Alzheimer’s is the Journey of 1000 Goodbyes as each skill and memory slip past the shroud and disappear. The parting is slow and long as the bright and vivacious, person we know slowly recedes into a mist of confusion. Like any fog it occasionally lifts for a captured moment and memory. I knew my Dad spent many hours with his memories, they played like a long Saturday picture show from his childhood until the credits rolled.
Share this post!