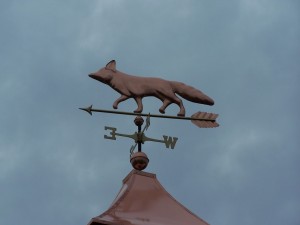 Eatonton, GA. is home to the Uncle Remus Museum. Housed in former slave quarters the small museum an American folklore treasure. Trip Advisor has news and reviews of the Uncle Remus Museum with photos included.
https://www.tripadvisor.com/Attraction_Review-g34919-d2290571-Reviews-Uncle_Remus_Museum-Eatonton_Georgia.html

Other posts from the Weather vane series:
https://www.carolynstearnsstoryteller.com/weather-vanes-story-resources-part-7/